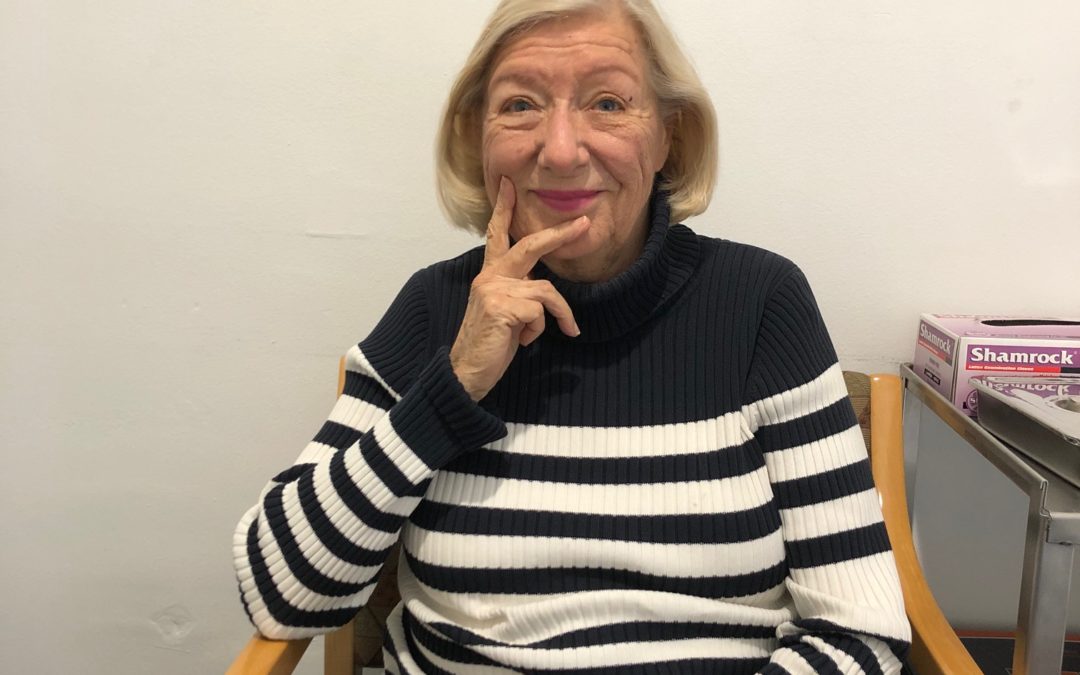 As a longtime sufferer of age-related arthritis, Christa Moore knew something else was wrong when she fell flat on her back one night.

Even though her doctors told her it was just arthritis, she persisted. “It was very painful,” she says. “I knew it was something else. It wasn’t just arthritis, because I’ve had that since before I fell. It didn’t hurt like this.”

Finally, she got a diagnosis: a herniated disc. But the treatment didn’t sound helpful.

“They said they could give me a few injections in my back for the herniated disc,” she says, “but then I’d have to repeat it every four months. And I thought, No, I don’t think so.”

She knew she wanted something that would provide lasting relief from this new pain. But what?

A Recommendation for Acupuncture from a Surprise Source

At her healthcare provider’s spine center, Christa sought other ways to find pain relief from her herniated disc. She was surprised when they recommended acupuncture.

“I told them I don’t believe in acupuncture,” she said. But her physicians told her to just try it.

“I’m glad I did,” she says, “because it has helped me wonderfully.”

After receiving a letter to call for a referral, Christa asked her healthcare provider for an acupuncturist in Studio City near her house. They recommended Dr. Ko and 120 Acupuncture Clinic, which was very close to her house. She scheduled an appointment and prepared to go.

Christa started going to regular appointments at 120 Acupuncture. She got treatments every other day for six weeks.

She was hoping for immediate relief, but learned that acupuncture treatments can take time.

“People kept telling me it takes a long time,” she says, “and I didn’t want that to be true. But I feel it’s getting better, and that’s a wonderful thing.”

Before she started seeing Dr. Ko, Christa says her pain was at an 8 or a 9 out of 10. “It was intolerable,” she says. Now, the pain is much less and registers closer to a 3.

“I hope that one of these days Dr. Ko can get it all under control so I don’t have any pain anymore,” she says, “but I’m sure I have to come a few more times for that to happen.”

She’s planning to continue her treatment to find more relief from her herniated disc and the associated pain.

Now, Christa no longer says she doesn’t believe in acupuncture. In fact, she says she’d tell anyone with a herniated disc to try it out. “Go, by all means,” she says. “And I would highly recommend Dr. Ko.”

If you’re in need of relief from chronic pain due to a herniated disc or any other issue, make an appointment at 120 Acupuncture Clinic today.

'Thank you for treating our varsity sports teams, our players are recovering much faster! You are wonderful!'

'Thank you for treating our varsity sports teams, our players are recovering much faster! You are wonderful!'
https://120acupunctureclinic.com/testimonials/714/

'It's good to know that there is one acupuncture clinic I can trust near my neighborhood.'

'It's good to know that there is one acupuncture clinic I can trust near my neighborhood.'
https://120acupunctureclinic.com/testimonials/trust/

'I hurt my ankle and after just treatment I was better! Thank you!'

'I hurt my ankle and after just treatment I was better! Thank you!'
https://120acupunctureclinic.com/testimonials/quick-heal/

'I had pain in the neck and shoulder but after Dr. Ko treated me, I felt much better with a...

'I had pain in the neck and shoulder but after Dr. Ko treated me, I felt much better with a few treatments.'
https://120acupunctureclinic.com/testimonials/rapid-progress/

'I am a patient here for 2 years because I have a tumor in my ear. The medical doctors say...

'I am a patient here for 2 years because I have a tumor in my ear. The medical doctors say that I had to do surgery but Dr. Ko said that was not necessary so I tried acupuncture. Within a year and a half, the tumor disappeared! Thank you so much!'
https://120acupunctureclinic.com/testimonials/tumor/
5
5
120 Acupuncture Clinic

Get updates on traditional Eastern medicine, alternative therapies, and the latest news in acupuncture.

We will never sell your information.