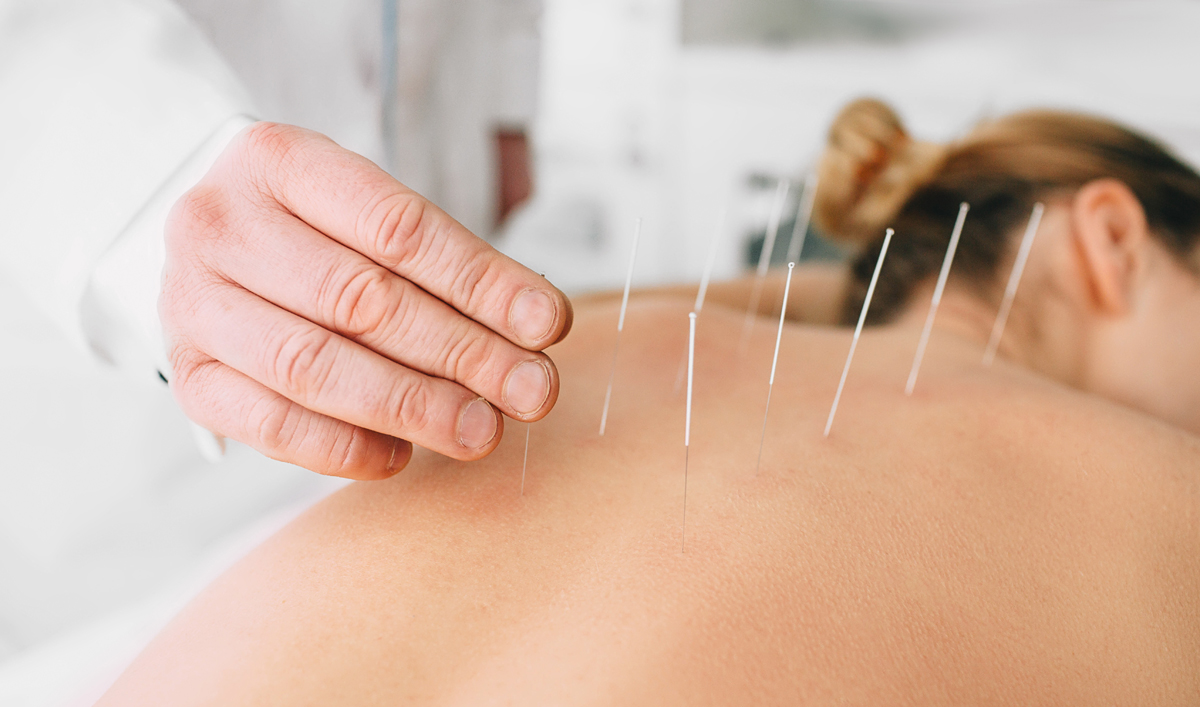 Acupuncture is an ancient technique that uses the insertion of thin needles into strategic points on the body to treat different issues. As part of Oriental medicine, acupuncture treatment is an important technique used to balance the flow of vital energy, called qi (pronounced “chee”), throughout the body.

How is acupuncture different from Western medicine?

Unlike modern Western medicine, which functions under a biochemical model, acupuncture is based on a model of energy flow. This means that acupuncture treatment doesn’t work the same way that Western medicine does. It also means that, while scientific studies of acupuncture’s benefits may be important, our practitioners do not use these studies as guides for how to practice acupuncture.

Acupuncture has been around for over two millennia, so it is much older than Western medicine. It most likely originated in China, but was developed over centuries throughout East Asia. Dr. Ko studied an ancient form of Oriental medicine that has been practiced in Korea by his family for generations.

How does acupuncture treatment work?

Healers in ancient Asian cultures (such as those in China, Korea, and Japan) identified qi, the life force, in the human body as being integral to physical health. In developing an understanding of the prevention and cure of disease, these healing practitioners discovered that this energy flows along specific pathways called “meridians”. Each pathway is associated with a particular physiological system and internal organ.

In acupuncture, disease is considered to arise due to a deficiency or imbalance of energy in the meridians and their associated physiological systems. Acupuncture points are specific locations along the meridians. Each point has a predictable effect upon the vital energy passing through it. By inserting the small acupuncture needles into these points, acupuncturists can manipulate the energy to restore balance. Modern science has been able to measure the electrical charge at these points, thus corroborating the locations of the meridians mapped by the ancient healers.

Acupuncture needles are usually inserted into specific points on the body and may be moved around or stimulated in different ways to produce a desired result. Because of the positions of meridians and how they interact, your practitioner may insert needles into places that you think are unrelated to your specific ailment.

You may seek acupuncture treatment for:

What can I expect from an acupuncture treatment appointment at 120 Acupuncture Clinic?

Dr. Ko is an experienced acupuncturist who delivers gentle yet thorough treatment to his patients. He works with the patient to devise a personalized plan that may include herbal medicine and cupping to achieve health goals. You can expect to visit Dr. Ko two or three times a week for several weeks in order to get the benefits you need from acupuncture.

'Thank you for treating our varsity sports teams, our players are recovering much faster! You are wonderful!'

'Thank you for treating our varsity sports teams, our players are recovering much faster! You are wonderful!'
https://120acupunctureclinic.com/testimonials/714/

'It's good to know that there is one acupuncture clinic I can trust near my neighborhood.'

'It's good to know that there is one acupuncture clinic I can trust near my neighborhood.'
https://120acupunctureclinic.com/testimonials/trust/

'I hurt my ankle and after just treatment I was better! Thank you!'

'I hurt my ankle and after just treatment I was better! Thank you!'
https://120acupunctureclinic.com/testimonials/quick-heal/

'I had pain in the neck and shoulder but after Dr. Ko treated me, I felt much better with a...

'I had pain in the neck and shoulder but after Dr. Ko treated me, I felt much better with a few treatments.'
https://120acupunctureclinic.com/testimonials/rapid-progress/

'I am a patient here for 2 years because I have a tumor in my ear. The medical doctors say...

'I am a patient here for 2 years because I have a tumor in my ear. The medical doctors say that I had to do surgery but Dr. Ko said that was not necessary so I tried acupuncture. Within a year and a half, the tumor disappeared! Thank you so much!'
https://120acupunctureclinic.com/testimonials/tumor/
5
5
120 Acupuncture Clinic

Get updates on traditional Eastern medicine, alternative therapies, and the latest news in acupuncture.

We will never sell your information.